On that, the same night, the Lord instructed Gideon to tear down the altar of Baal which belonged to his father and to cut down the grove beside it, and to erect an altar to the Lord and to offer a burnt offering upon it.

Verse 27 states that Gideon did as he was instructed but that he did so by night because he feared his father’s household and the men of the city. Verse 27 does not state that Gideon tore down the altar and cut down the grove on the same night that the Lord instructed him to do it. The text, also, does not state that Gideon waited until the following night to do as the Lord instructed. Gideon’s fear may have been cause to wait until the following night or it may have been cause to act immediately.

Gideon put his fear of his father’s household aside and with the assistance of ten men servants did as the Lord instructed. Early in the morning following Gideon’s act, the men of the city discovered that the altar of Baal was cast down and the grove adjacent to it was cut down (v. 28). The scene which greeted the men of the city was an altar of unhewn stone (see Ex. 20:25) and a burnt bullock offering upon it.

The text does not state when Joash, Gideon’s father, viewed this same scene but it is reasonable to assume that Joash’s knowledge of Gideon’s act was known to him before it was known to the men of the city. It is also reasonable to assume that Joash asked Gideon why that he had torn down the altar, cut the grove, and built an altar to the Lord and offered a burnt offering upon it. The sight of the destroyed altar to Baal and the cut-down grove should not have required an explanation. The children of Israel had been given instruction by God to tear down pagan altars and cut down their groves but had failed to do so upon entering into the land. Joash should have realized that Gideon had done that which God had instructed Israel to do.

Gideon’s fear of the men of the city was justified. They sought to take his life (v. 30). There is nothing in the text before us which would suggest that Gideon’s fear of his father’s household was justified. Joash stood firm against the men of the city (v. 31). Joash challenged the existence of Baal and any power that Baal might possess. Joash said if Baal be a god, he knows who has done this, and is able to avenge himself on him who did it. Joash challenged Baal to plead his own cause by bringing death upon the one who had done this thing.

Joash had been a worshipper of Baal. His words to the men of the city, however, suggest that this was no longer the case. The scripture before us does not reveal the reason for his about-face. Joash’s turnaround may have been prompted by learning that Gideon had been called by the Lord to deliver Israel from the Midianites or triggered by the realization that he and Israel had turned from God.

Joash’s turnaround is preserved in scripture for God’s purposes. Joash’s departure from Baal worship happened because one man, Gideon, did that which the Lord told him to do. The angel of the Lord told Gideon that he would smite the Midianites as one man (v. 16). The destruction of Baal’s altar was a necessary first step by one man in ridding Israel of Midianite oppression.

God is a jealous God. He does marvelous and wonderful things. Before He brought Israel into the land, while still at Sinai, the Lord said, “But ye shall destroy their altars, break their images, and cut down their groves” (Ex. 34:13). He will not allow false gods as Baal to be credited with that which He does. Not one soul would credit Gideon’s victory, recorded in Judges 7:20-23, to a false god. All credit for the defeat of the Midianites is given to the Lord God.

Let us declare Christ Jesus to all who will hear and believe. 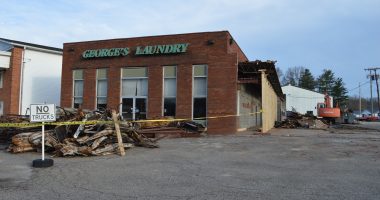