The text before us was written for new Testament believers. “All scripture is given by inspiration of God, and is profitable for doctrine, for reproof, for correction, for instruction in righteousness” — II Tim. 3:16.

The deaths of Nadab and Abihu served as a stern warning to Aaron and his sons concerning their priestly service. The account of their deaths also serves notice to New Testament believers of the manner in which our spiritual sacrifices are to be offered up to the Lord.

Let us focus upon that which is certain. We know that Nadab and Abihu did not do as the Lord commanded – they offered strange fire before the Lord (v. 1). We know that their actions cost them their lives.

In verse 3, Moses stated why fire went out from the Lord and devoured them. Moses said, “This is it that the Lord spake, saying, I will be sanctified in them that come nigh me, and before all the people I will be glorified.”

In verse 4, Moses commanded the sons of Aaron’s uncle to remove the bodies of Nadab and Abihu from the sanctuary. Touching the dead caused one to become defiled, to lose sanctity. Aaron and his sons were not to defile themselves in any manner. They were made outwardly holy by God. They were washed by Moses (one empowered by God). They were dressed in garments designed and manufactured by God’s instruction, and were anointed with holy anointing oil. They were to remain outwardly holy. That which was outward was to be testify of that which inwardly existed.

New Testament believers have been given spiritual understanding. We know that one is filed by that which comes from the heart, not by that which touches the flesh (see Matt. 15:11).

All Israel saw the dead bodies of Nadab and Abihu removed from the tabernacle and carried out of the camp by Mishael and Elaphan. Their action was an exception to the law which states that none shall be defiled for the dead except mother, father, son, brother or virgin sister (Lev. 21:1-3). The exception was ordered by Moses (God’s representative) such that Aaron and his sons perform their priestly duties without interruption. Service to the Lord is first. All else is secondary.

The Lord Jesus made known to would be followers that their discipleship would be above all else when He replied to one who sought first to bury his father, saying, “Let the dead bury their dead: but go thou and preach the kingdom of God” (Lk. 9:60).

The instruction which Moses issued to Aaron and his sons Eleazar and Ithamar in verses 6 and 7 was from the Lord. Aaron and Eleazar and Ithamar would die and God’s wrath would come upon all the people if Aaron and his sons were to mourn for Nadab and Abihu. They would die if they were to go out from the tabernacle. They would die because the anointing oil of the Lord was upon them. The anointing oil, like the garments which they wore, was an outward expression of that which was to exist inwardly. The scent of the oil was linked to their priestly service within the tabernacle.

New Testament believers are anointed, not with oil, but, with the Holy Spirit such that we may be empowered to do the Father’s will. We are ever close to God because we are the temple of God and the Spirit of God dwells in us (I Cor. 3:16).

The constraint that the Lord will be sanctified in them that come near Him applies to New Testament believers. We experience a closeness to the Lord God that Israel never experienced. We come spiritually close to God through Christ. We are brought close to God the Father, not by that which we do, but, by that which the Lord Jesus has done. We come near to God in our priestly service when the righteousness of the Son is seen in us. One comes close to God when one loves others as Christ loves us.

Believers draw close to God when we do that which the Son commands. We draw close when we go and teach all nations and baptize them in the name of the Father, the Son, and the Holy Spirit (Matt. 28:21).

It is our priestly duty to do as He commands. Let us ever place Him before all else. 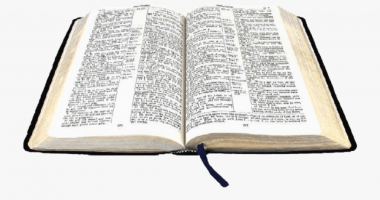